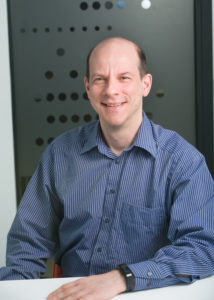 Martin Giese is professor at the University of Oslo and was leader in 2018 of the SIRIUS strands for Knowledge Representation and Data Science.  He has a PhD in logic and automated reasoning from Karlsruhe University, and has spent time as a researcher at Chalmers University in Gothenburg and the Austrian Academy of Sciences before coming to Norway. For the past 10 years, he has been working in projects to bring ontologies and other knowledge representation techniques to applications in industry and the public sector.  He was part of the team that attracted the Optique project, and acted as the project’s Assistant Scientific Director during 2012–2016.