Equinor has a leading role in the SIRIUS centre. As the major operating company on the Norwegian Continental Shelf, Equinor has started an ambitions digitalization initiative. This has a starting point in a vision of how the energy and supplier industry will be in 2025. This perspective aligns well with SIRIUS’ eight-year program, ending in 2023.

Åshild Larsen, CIO and SVP Information Technology, presented Equinor’s view of Digitalization and SIRIUS during the launch of SIRIUS’ Innovation forum at the Cutting Edge conference in Oslo in September 2017. She presented a long history of digital innovation, of which the adoption in 2017 of a Equinor data platform is but the latest initiative. Her vision of 2025 is a company with widespread use of artificial intelligence, cloud, connectivity, high capacity computing and robotics.

Equinor’s digitalization strategy supports the company’s three goals: Always safe, High Value and Low Carbon. Digital technologies will allow Equinor to be an industry leader in safety, security and sustainability. Digitalized processes will give Equinor a cost advantage. Digital operations and maintenance will minimise downtime and make Equinor the most productive operator. Finally, digitalization will change the way the company works.

Scalable data access is part of this jigsaw. SIRIUS is therefore seen as one way of aligning computer science research and innovation with Equinor’s ambitious digitalization aims. During 2017, Equinor personnel have worked with SIRIUS researchers in the following scientific areas. In exploration, Jens Grimsgaard from Equinor Research has led the work package. Equinor staff have joined in defining the scope of the Geological Assistant project and projects on applying data science to exploration. In the operations work package, Equinor has been active in supplying data and defining activities in planning and logistics, requirements management and the management of operational data. 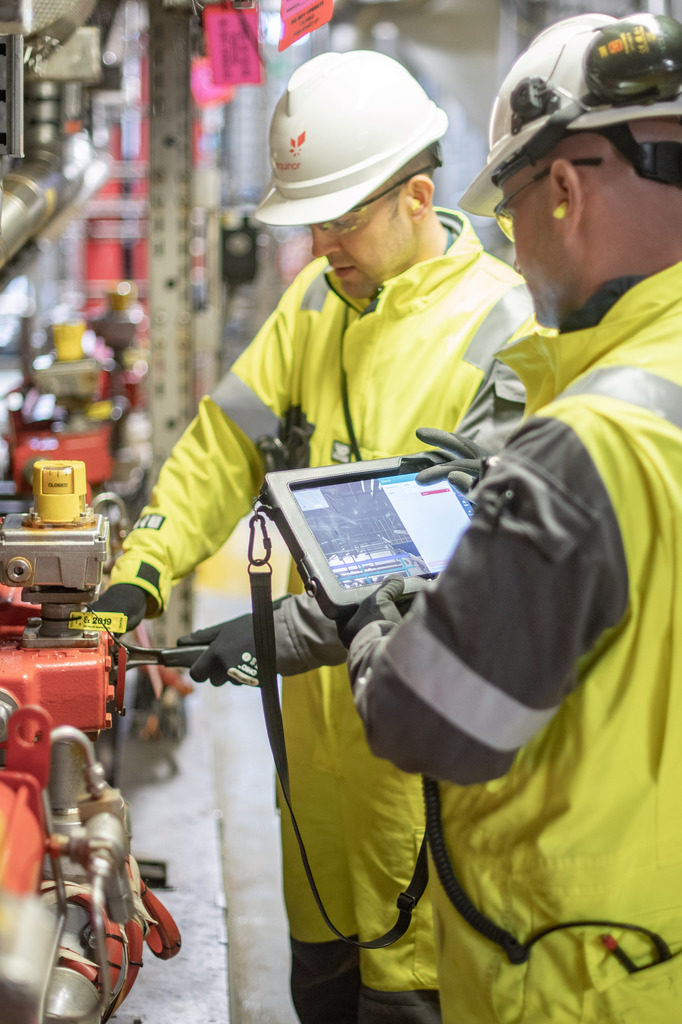 Equinor has been generous with their time and resources, and SIRIUS researchers have been brought into fruitful discussions both with senior management and technical specialists. These discussions have resulted the development and anchoring of SIRIUS’ portfolio of laboratory, prototyping and piloting projects. Senior managers in Equinor have also been mentors in the SIRIUS mentoring program

“Equinor has a long history of collaboration with academia and research institutions, and I am very pleased with the close dialogue SIRIUS enables between research communities in academia and our industry. We see SIRIUS as an enabler both for extracting and exploiting our data, and to strengthen innovation based on our data”, says Åshild Hanne Larsen, Senior Vice President for IT and CIO in Equinor.