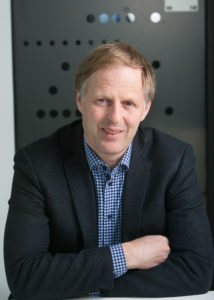 Arild Waaler is director of SIRIUS. He has over the last decade been a driving force for establishing collaboration between academic research and industry, both initiating and leading several cross-sector projects including Optique. In SIRIUS his main research interest lies in the Knowledge representation strand. After finishing a civ.ing. degree in 1989, Waaler graduated as dr. philos in Philosophy in 1995 within Philosophical logic. He then had research positions at University of Oxford, in logic, and at the Søren Kierkegaard Research Centre in Copenhagen with a project in the History of Philosophy. After a teaching post at Finnmark College, Waaler became professor at the Dept. of Informatics at University of Oslo in 2006, when he started to build up the collaboration that eventually turned into SIRIUS